In probability theory, a Markov model is a stochastic model used to model randomly changing systems. It is assumed that future states depend only on the current state, not on the events that occurred before it. 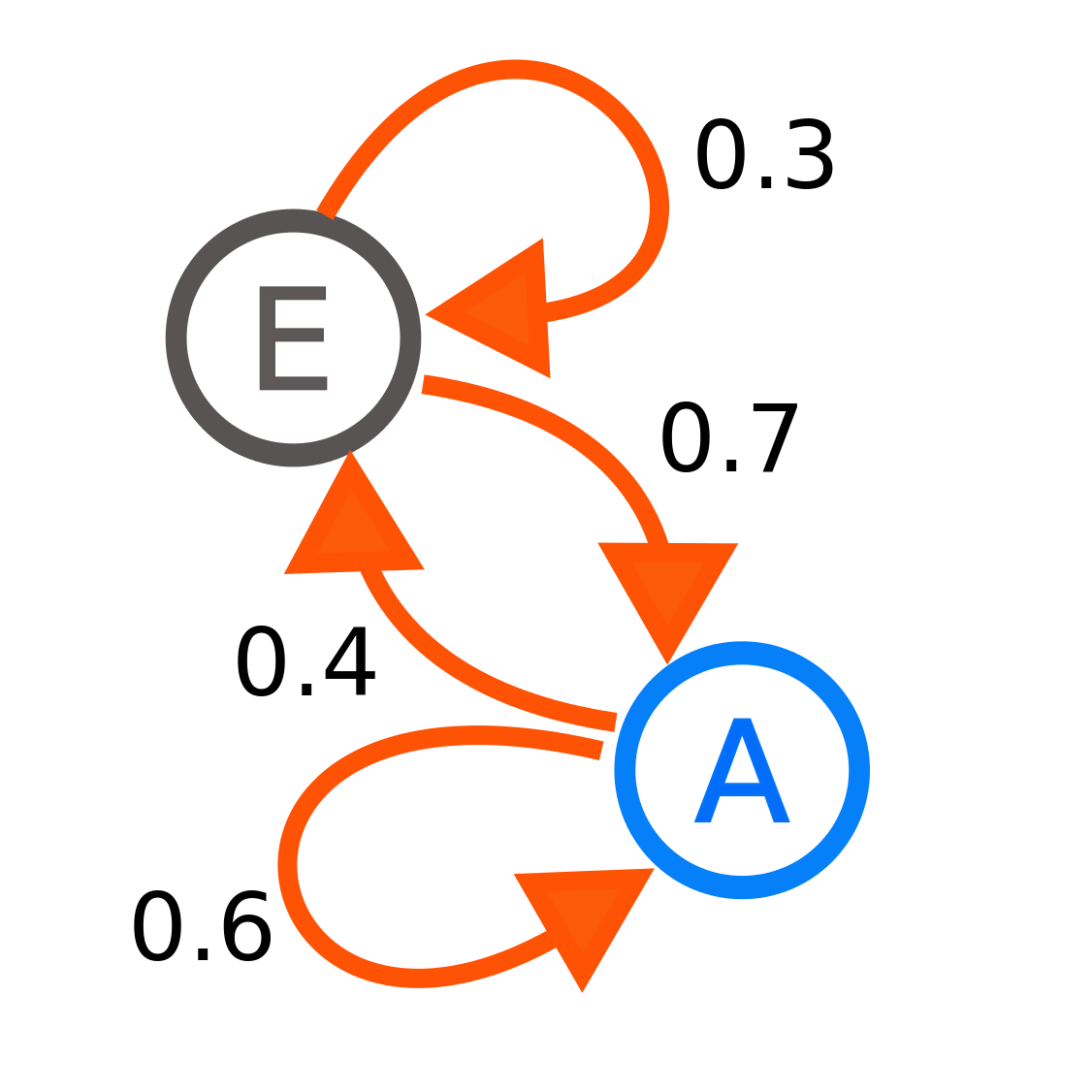 A diagram representing a two-state Markov process, with the states labelled E and A.

The above state model can be represented by a transition matrix.

In other words we can write the above as follows

Notice how the columns in the matrix all add to one. This is because all of the transition probabilities out of a matrix must add to 100 percent.

Now, consider the following house map with cats in each room…

At each time step, there is an equal probability of a cat staying in their current room or moving to a new room. If a cat chooses to leave a room, then there is an equal chance of that cat picking any of the doors in the room to leave. 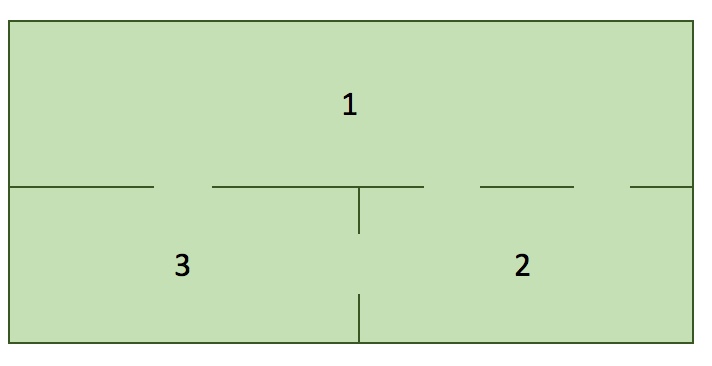 ✅DO THIS : Try to draw a Markov chain (Markov matrix) for the above system of equations. Be prepared to share your diagram with the class.

✅QUESTION: Let’s assume that the system starts with; 6 cats in room 1, 15 cats in room 2, and 3 cats in room 3. How many cats will be in each room after one time step (Store the values in a vector called current_state)?

✅QUESTION: The following code will plot the number of cats as a function of time (\(t\)). When this system converges, what is the steady state?

✅QUESTION: Calculate the eigenvalues and eigenvectors of your \(P\) transition matrix.

The eigenvector associated with the eigenvalue of 1 represents the steady state probability for our original transition matrix \(P\).

✅DO THIS: make a new vector called steadystate from the eigenvector of your \(P\) matrix with a eigenvalue of 1.

Since the steadystate vectors represent long term probibilities, they should sum to one (1). However, most programming libraries (ex. numpy and sympy) return “normalized” eigenvectors to length of 1 (i.e. norm(e)==1).

✅DO THIS: Correct for the normalization by multiplying the steadystate eigenvector by a constant such that the sum of the vector elements add to 1.

✅QUESTION: Why does the sum of the numbers at every stage remain the same?

This problem is from https://brilliant.org/wiki/stationary-distributions/

✅DO THIS: Try to draw a Markov chain for the above system of equations. Discuss your diagram with your classmate.

✅ QUESTION: Calculate the eigenvalues and eigenvectors of your \(P\) transition matrix.

✅ QUESTION: Assuming each team starts with 500,000 fans, what is the steady state of this model? (i.e. in the long term how many Spartan and Wolverine fans will there be?).

This work is licensed under a Creative Commons Attribution-NonCommercial 4.0 International License.